A Weekend in Berlin (Part 2)

On Day 02, we were relaxed and ready again! There are certain places in each city which are synonomous with the city/country itself. For e.g. Beijing Great Wall, Taj Mahal in Agra, Egypt Pyramids etc. Similarly, the most famous place in Berlin is the Berlin Wall – which divide East and West Germany decades ago. Even though it was demolished in the uprising in 1989, parts of it still remain. One of the interesting part of it is the East Side Gallery which is an open air gallery of murals painted directly on the remnants of the wall.

The closest metro stop was Warschauer Str. and walk towards the River Spree. The Gallery/Wall starts at the edge of the river and runs west for about 1 km. The gallery is a mixture of past and present depictions of mainly politics, love and war. 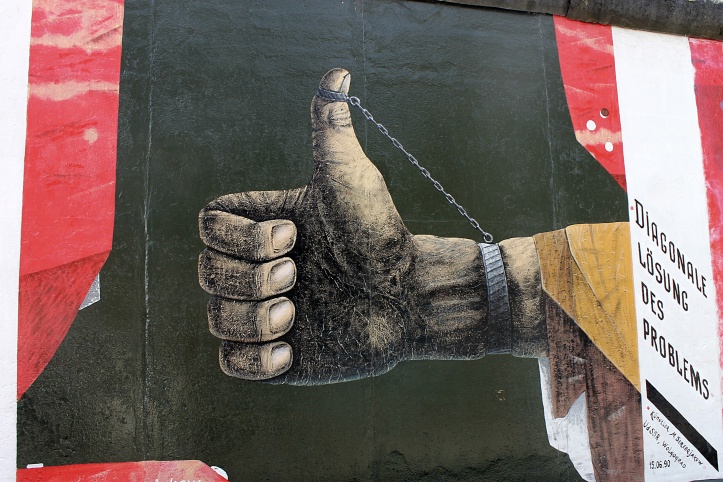 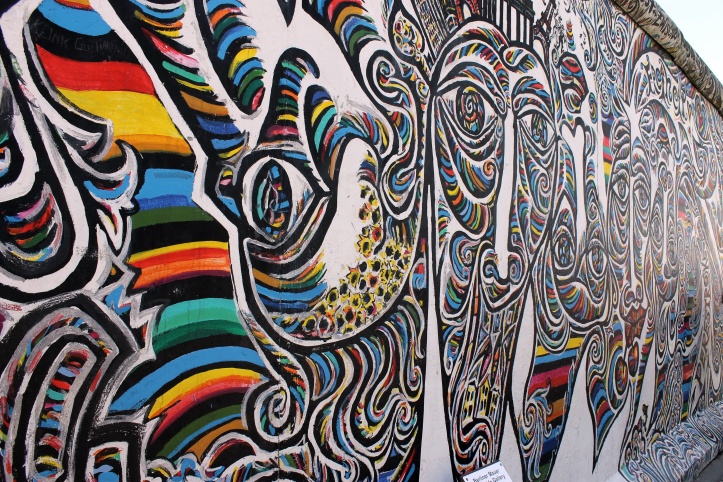 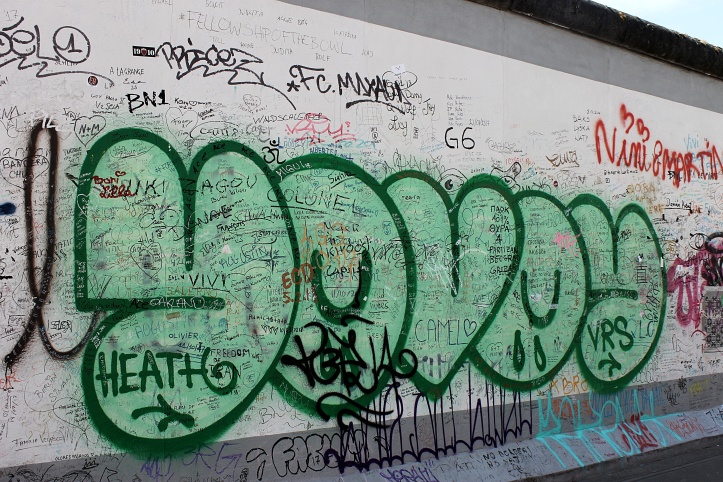 It is apparently the longest open air gallery in the world and also has souvenir shops, restaurants, boat rides people who can stamp your passports with old German stamps (can they do that?) and open air street performers as well. On a sunny spring day, it was a pleasant walk along the wall.

Our next destination was the Berlin Hbf and the brief walk to the Brandenburg Gate. On the way, we rested along the grassy slopes along the river. In comparison to the cold and damp Stockholm, this was an absolute joy. We took our lunch at a nice Thai place in the main station.

After a brief rest, we walked towards the Reichstag. Here, we realised about how important it was to plan the trip at least 2 – 3 weeks in advance. As the trip was planned a week in advance, we missed booking tickets to the top of the Reichstag glass dome. It had a free entry and many people had already booked their visits well in advance. Hence, after a brief stopover in front of the Reichstag, we made our way to the Brandenburg Gate – the most famous symbol of Berlin. It was well past afternoon and there were a considerable group of people in the way – jostling for good spots for pictures. The souvenir shop nearby also offered pretty good magnets, photo cards at decent prices – so we did a bit of shopping as well.

Few minutes walk to the south lies the Holocaust Memorial – Memorial to the Murdered Jews. It consists of more than 2000 concrete slabs in varying shapes and sizes arranged on a slope. It is possible for visitors to walk along the memorial. It feels different to walk beside slabs which are barely knee length and within a few metres, they are towering over you. On the other side of the memorial is a Place of Information which is located underground.

To round off the visit, across the Memorial – located in a inconspicuous car parking lot was the location of Hitler’s bunker. There are no signs or remains of the bunker apart from an information board at the entrance of the car parking. It is quite difficult to comprehend that in that anonymous parking lot – lay the remains of the bunker of the one of the most dangerous dictator in the history of humanity.

That concluded the trip for Day 02 of Berlin. Check out the Part 01 (Here) and we hope you will also enjoy the Part 03 (Link – to be updated) which includes the remaining places of Checkpoint Charlie, Berlin Zoo, Berlin Cathedral, Kaiser Wilhelm Church and Wansee Beach etc.