A tour of Stamford Bridge, London

I have been a fan of Chelsea FC for about 10 years now. Back in 2007, it was the era of coach Jose Mourinho and they had a fantastic team. I started following football then, at the same time Chelsea were my favourite team in EA Sports FIFA.

Fast track 10 years later, I got a chance to be in London for a weekend. There was no way I was gonna miss visiting Stamford Bridge. Unfortunately, the team had a away match (I think it was Bournemouth) and so I settled for a guided tour of the stadium. 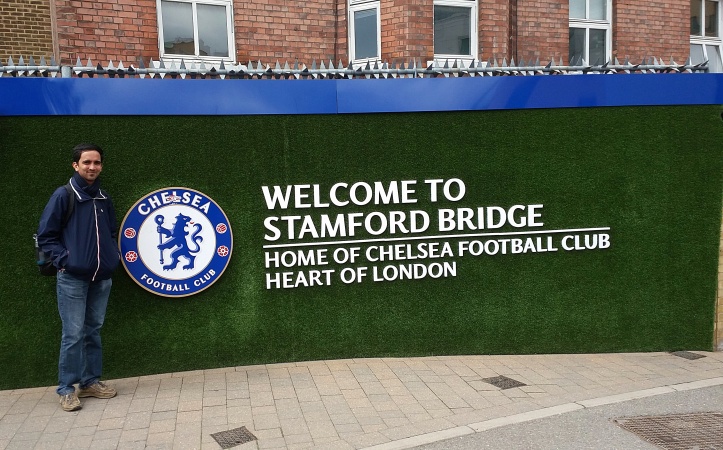 Stamford Bridge is a couple of minutes walk from Fulham Broadway. The tours were to the left of the stadium. I took the tour at 11.40 for 22 GBP. I would recommend booking it online for less (19 GBP). At the start of the tour, everyone had a chance to take a photo with the Champions League Trophy. There were about 25 – 30 people in the tour and the first stop was the Matthew Harding Stand at the north of the stadium. 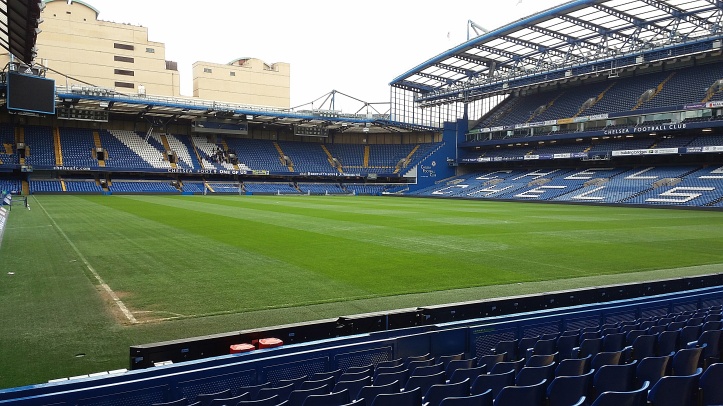 My first impression of being in a stadium was: “Wow, this is super small”. It sure doesn’t feel that way when watching matches at home. The atmosphere at the stadium must be great with such a small ground and stands so close to the pitch.

We then moved to the players room and the therapy room. Before that, we had stopover at the press room including the kitchen. Looking at the food on offer, it did look impressive! 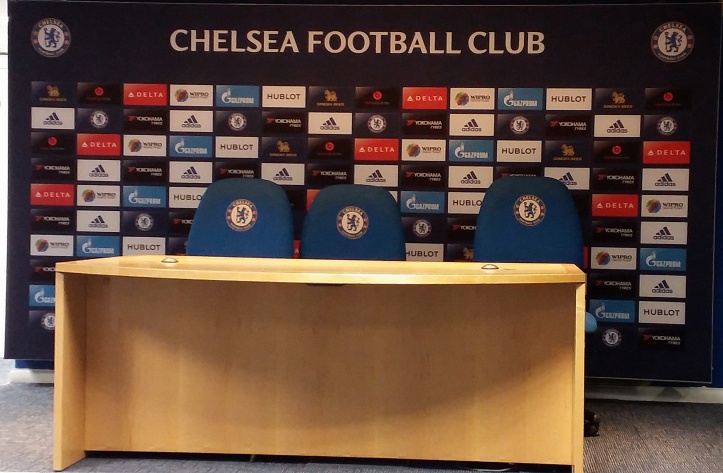 In the players room, they had t – shirts of former great players who visited the stadium including my favourite – Ronaldo. We had a brief stop in the players room with more history and anecdotes as to why John Terry wears a number 26 shirt. 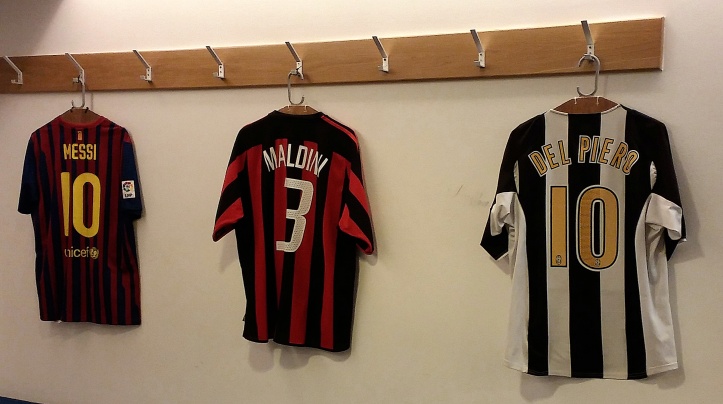 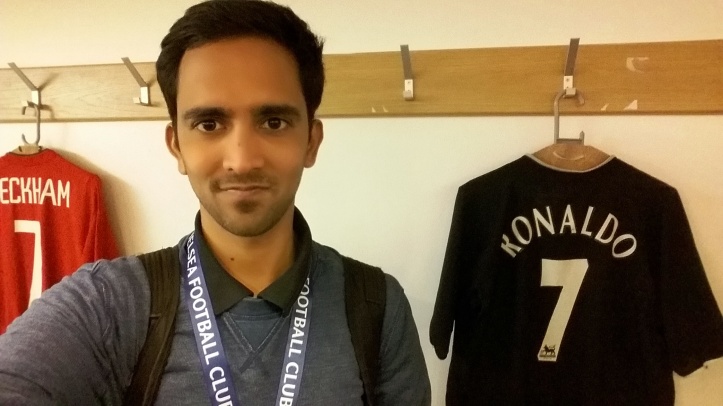 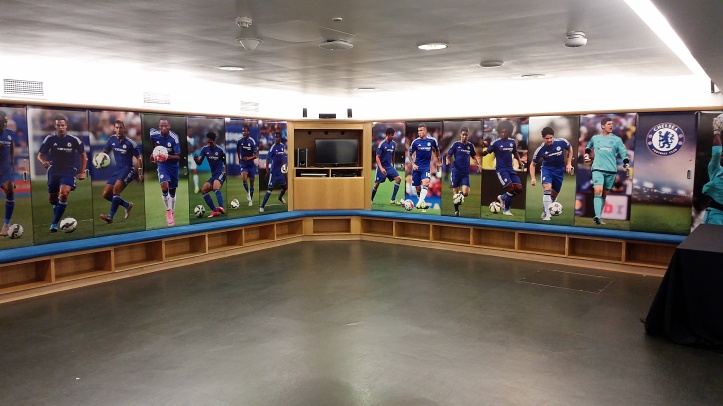 Afterwards, we were made to line up – as home and away fans – and walked on to the pitch like on MatchDay. Cool feeling, wish there was some music as well :). We got a chance to sit in the dugouts and take more pictures. Felt so surreal. 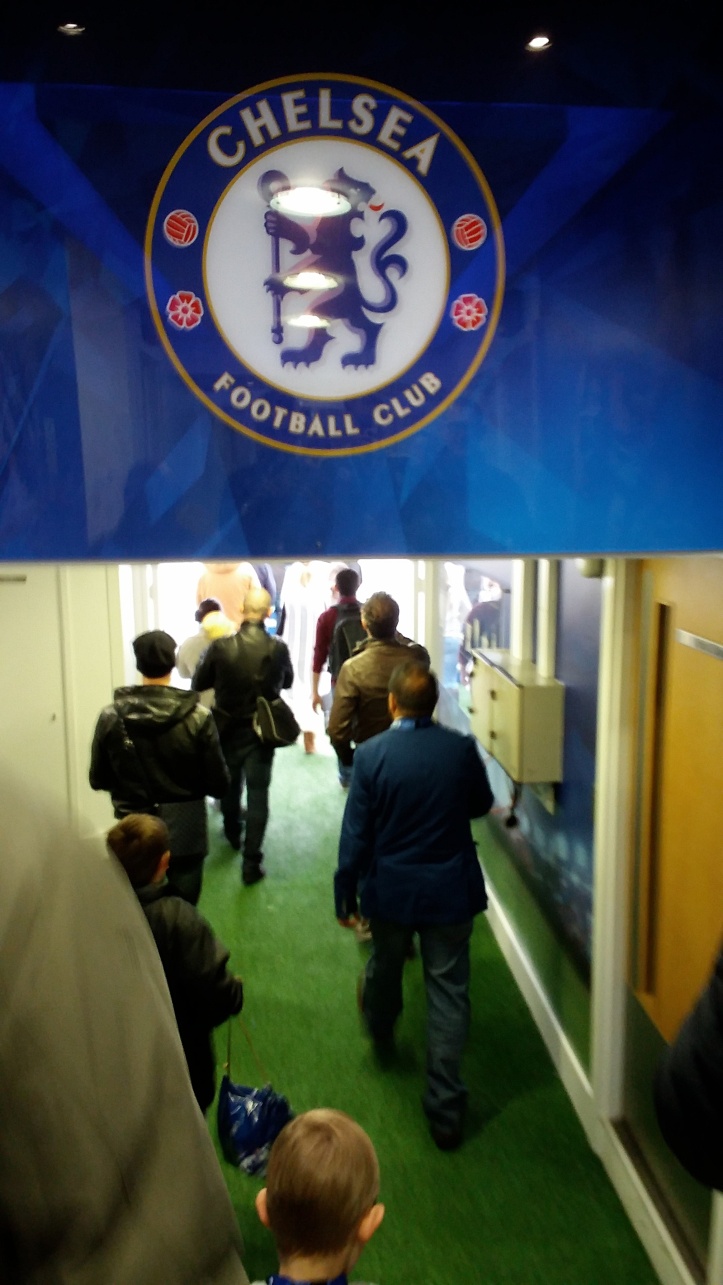 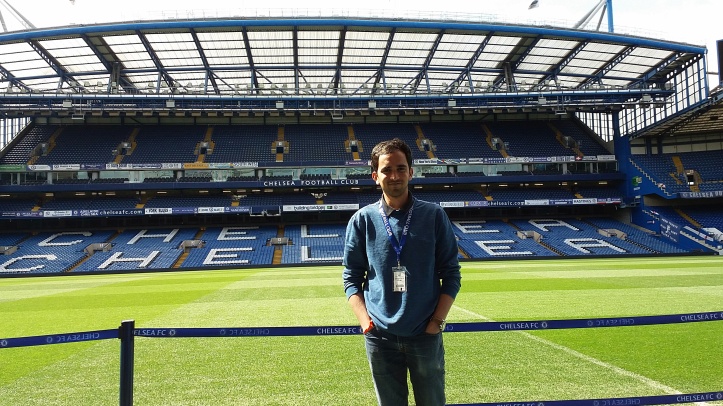 The next stop was the south end – Shed end. We went high up to the top of the stadium and it was pretty cold. Another brief lesson on history, before the tour concluded. 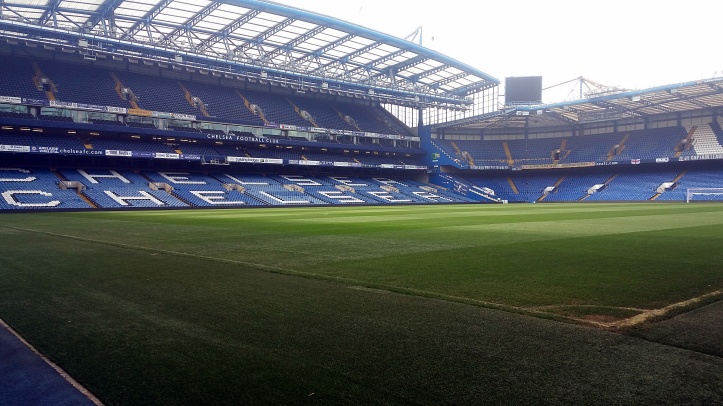 It was worth the trip. For any football fans, especially Chelsea. There were fans of other teams including Juventus, Barcelona, Steaua Bucharest. The group even included a Spurs fan with his kids (Chelsea fans). The people were from India, Sri Lanka, Romania, Denmark, USA and many other countries. Football truly brings people together!