A day out in Paris catacombs, France

In December 2015, I was at a conference in Paris. For the weekend after the conference, my brother came over from Milan. Since both of us had already been in Paris once, we avoided some of the common attractions. Instead, our first stop was at the Paris Catacombs. We checked out of the hotel at about 10-ish and took the metro to Denfert Rochereau. The entrance to the catacombs is right outside the metro.

The reason there aren’t many people in the queue is because each one is allowed a specific time slot for entrance. We arrived at 11.00, but got a time slot for 13.00. Take that into consideration. After getting our slots, we decided to try our luck at Notre Dame de Paris. Both had never been inside the church. Unfortunately, the scene outside wasn’t encouraging. 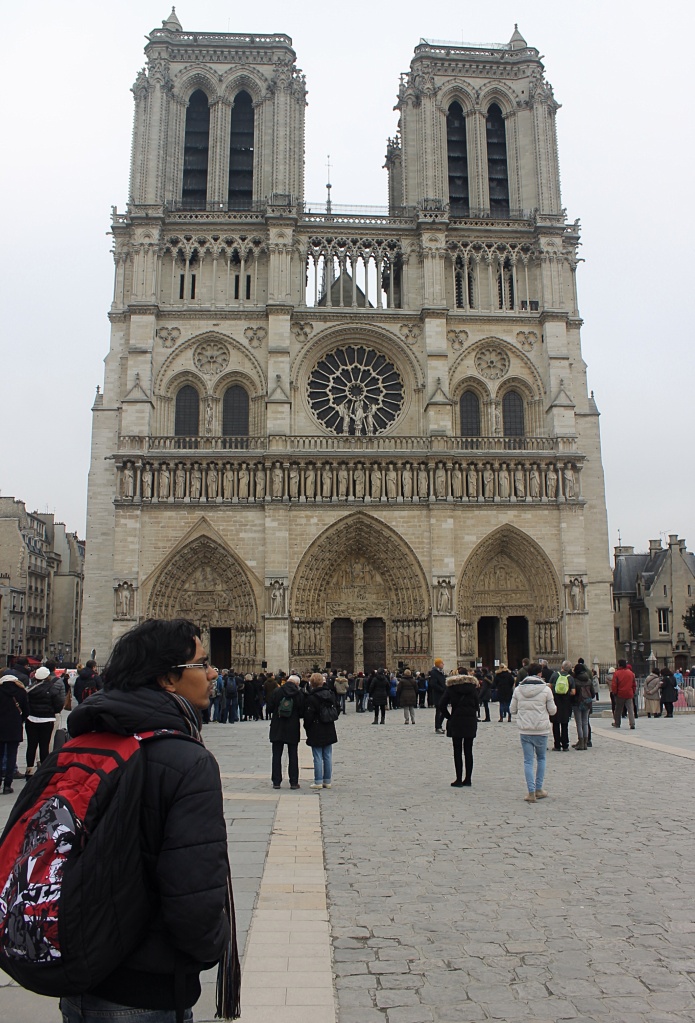 Being a Sunday, there were more than a 100 people waiting and the average waiting time was more than an hour. Instead, we just walked around the place.

After a brief walk, we went back to the catacombs. The entrance fee was about 8 euros. We then had to walk a flight of stairs down to the catacombs. Initially, we were just walking along narrow, low ceiling tunnels for a long time.

In between the long walks, we could see various sculptures made by the people who created the tunnels, more than a 100 years ago.

After about an hour, we then arrive at the place where the bones are placed. Consisting of bones of almost six million people, many were decorated. Seems someone had a lot of time underground. 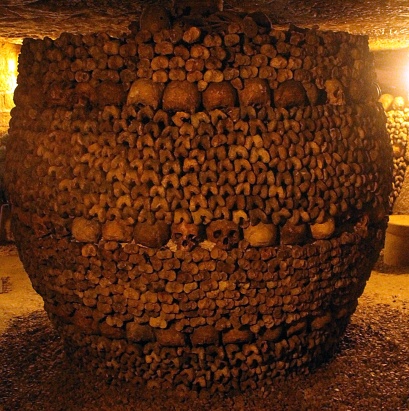 It truly was a weird experience. The whole walk took almost 2 hours. We still had few more hours left and decided to visit the Eiffel tower.

Our visit was just a few weeks after the Paris attacks in November. Hence, the final visit was to the Bataclan theatre – the scene of the terrorist attack. 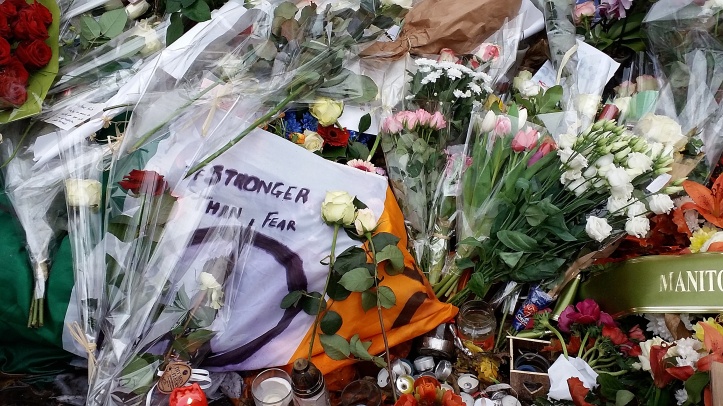 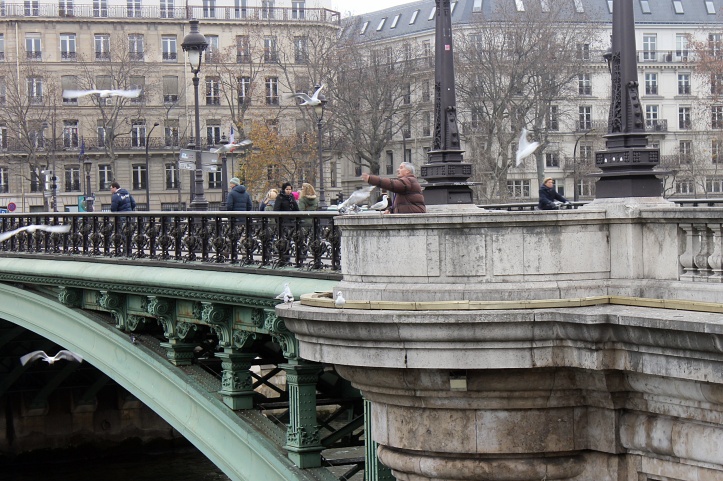 *Credit to the pics (the good ones) go to my awesome Brother!